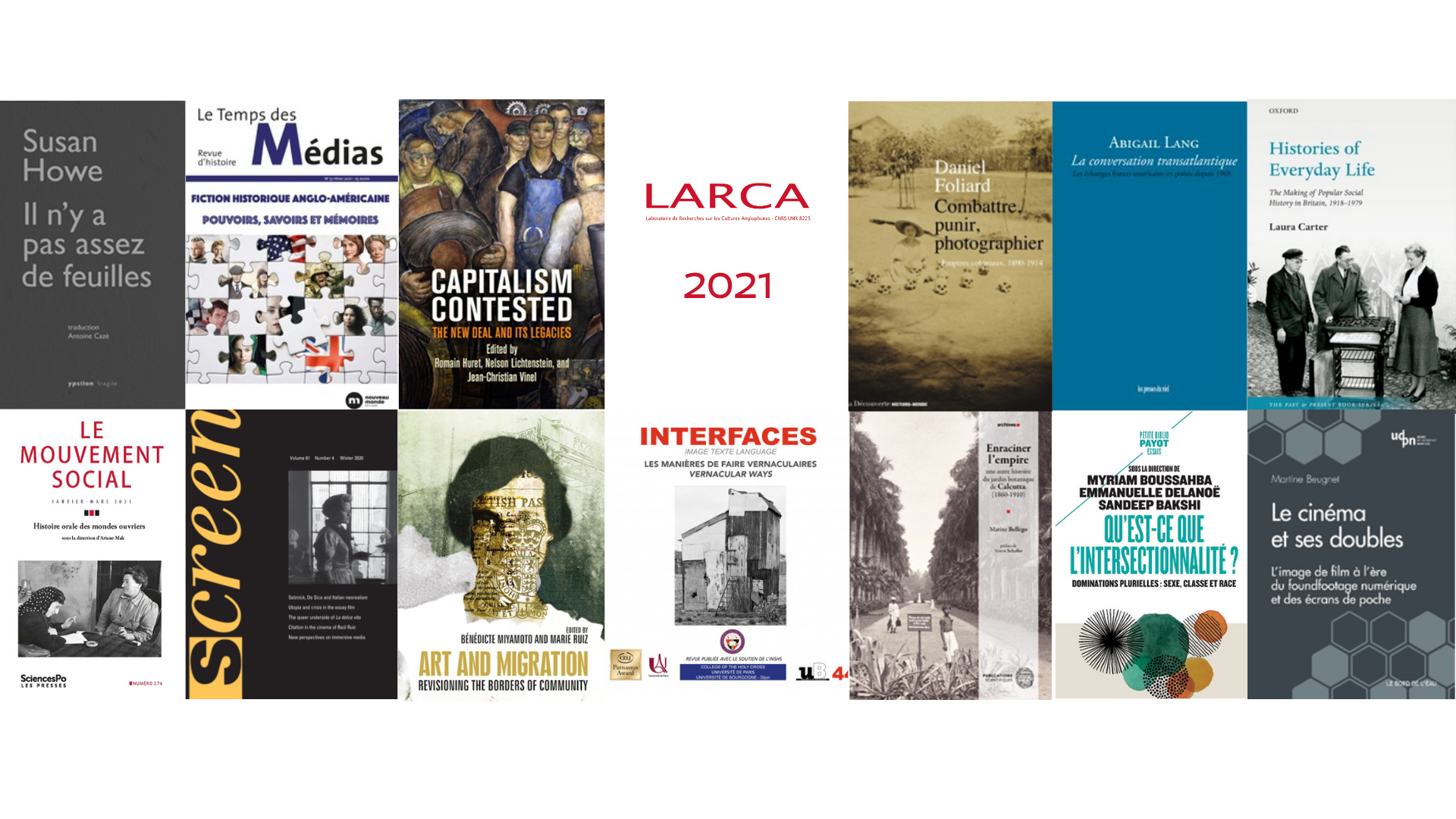 LARCA is an interdisciplinary research unit of University Paris Diderot and the CNRS whose members study the histories, literatures, arts and cultures of English-speaking countries and their links to the wider world. Drawing together literary scholars, political, social, and cultural historians, art historians, and specialists of photography, film, television, and emerging media, LARCA is a research laboratory that bridges the disciplines and mediates between academic cultures in France and the English-speaking world.

LARCA counts among its members:

It is one of the largest anglophone studies research units in France.

The LARCA council has a consultative role. Its president is the unit director, Cécile Roudeau, assisted by Jean-Christian Vinel.

The board meets at least three times a year and when needed, depending on the activity.

LARCA supports and is involved in the publication of two scientific journals: