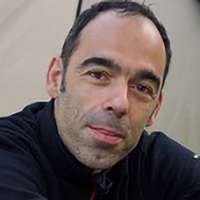 Capitalism, Class, and social Inequality in US history (1870s-to the Present)

I’m currently involved in developing a collaborative project with Clarisse Berthezène (UPC), Romain Huret (EHESS) and Ariane Mak (UPC) entitled « A social history of death and Inequality in the United States and Britain (1930-1980) ».

This project seeks to offer a fresh perspective on the history of inequality by studying the interaction between social class, health and mortality from 1930 to 1980 in two major industrial cities –Pittsburgh in the USA and Manchester in Britain. Our goal is to turn our attention to a topic that still needs great attention from social historians, the unequal effects of welfare policies. Indeed, while life expectancy has made dramatic progress since the early 20th century, inequalities in health have remained significant in most western countries, where they are a challenge for both health experts and policy makers. Most importantly, they are also a challenge for scholars seeking to historicize these inequalities and understand their longue durée. Through an interdisciplinary framework combining the methods of social history and the work done in the field of epidemiology, we aim to develop a long range, bottom-up perspective supplementing the macro-quantitative data on which political scientists and economists have relied to study inequality.

Our project thus draws on four major and intertwined strands of historical literature. One is the top-down history of welfare provision, which has often celebrated the formulation and administration of social policies, stressing the ways in which they offered economic security and provided social citizenship. Another strand of literature is the work done by historians of race, gender, labor, and poverty, who have abundantly revealed enduring patterns of inequality. Another important source for this project is the recent body of work showing the importance of local associations, civil society initiatives, medical facilities and even families in shaping the full impact of social provision. Historians of health have provided yet another essential set of insights by charting the course of important diseases —whether occupational or not—and by weaving these histories in a broader narrative encompassing medical knowledge, institutions and practitioners.

This project is interdisciplinary and is thus equally grounded in the rich field of social epidemiology. Since the 1970s, a vast number of publications have shown that poor and less educated people have not shared equally in the sharp decline of mortality rates that took place during the 20th century. Moreover, this work on the social determinants of mortality has often reported a widening of socioeconomic gaps in longevity, which several studies have linked to the rise of neo-liberal policies from the 1970s onwards.  Our project builds upon this work by offering a historians’ contribution. Indeed, it is our conviction that a social history of inequality in health and death can tell us much about the strength and limits of welfare policies, and help us add complexity to the mainstream analysis of the 20th century —particularly the period from the 1930s to the 1980s— as one of growing welfare equality.

While we intend to build upon these literatures, we also depart from them on two counts. First, this project puts inequality in health front and center and uses mortality statistics to measure this inequality. Second, it offers a new perspective on the recipients of welfare policies and their local environment. Indeed, SOC-DEIN will realize its objectives through two intensively researched local histories that will analyze the full range of social and economic dynamics at play in the making of health inequality.