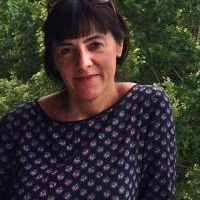 Cécile Roudeau started her career as a specialist of New England regionalism and women’s writing. Her first book (Presses Universitaires Paris Sorbonne, 2012) revisits the notion of “place” in New England regionalist writing, and argues that “taking place” was as much a political and epistemic claim as a spatial experience. Her new project builds on a growing body of empirical and theoretical work on the state (in sociology, political science, and history) that reconsiders the articulation between democracy and the state away from the presumptive opposition between the two. Roudeau’s project builds on this revisionist trend and proposes that contra the interpretations of early to mid-nineteenth century American literature as a literature against the state, the state was not avoided at all by nineteenth-century writers and critics. Building on a pragmatic methodology, the book is not so much interested in the imaginary of statecraft as in forms of (literary) practice. Because it engages female writers alongside male canonical writers, it will extend the ongoing research on the democratic state into realms such as domesticity and gender politics.

Cécile Roudeau is currently working on a book project titled Beyond Stateless Literature: Practices of Democratic Power in Nineteenth-Century US Letters. This book follows her essay, written in French, on the “Fictions of the Commons in Nineteenth-century US Literature,” which she will be handing over to her editor this fall.

Cécile Roudeau is a former student of the Lycée Louis le Grand, the École normale supérieure rue d’Ulm, and received her PhD from the Université de Paris-Sorbonne. She previously spent a fellowship year and Clare College, Cambridge and Princeton University. She is currently professor of American literature at Université Paris Diderot, France.