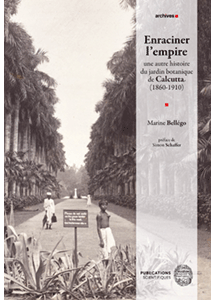 On 5 October 1864, a violent storm wrecked the Ganges valley. Calcutta, the capital of the British Empire in India, was devastated. “The once famous Botanic Gardens of Calcutta are now to be counted amongst the things of the past”, the Gardener’s Chronicle declared.
Three decades later, however, the garden had become one of the most eminent symbols of the British Empire. Visitors flocked to see the Great Banyan, a gigantic tree that looked like a forest. The botanists working in its renowned herbarium, with its thousands of specimens from all parts of the Raj, made important contributions to botanical classification. They were required to contribute to imperial economic endeavours by acclimatizing new species and making crops more profitable. In the histories they wrote, the garden appeared as the epitome of colonial competence and prestige.
This book is an alternative history of the Calcutta Botanic Garden which examines the ambiguous role it played in the colonial sphere. Using hitherto unexplored archives, Marine Bellégo describes the everyday life of one of the largest colonial botanic gardens, its dreary routines, relentless struggles, and dismal failures. The garden was largely defined by the many tensions that ran through it: visitors were troublesome, plants died, messages were lost, objects and documents disappeared. The garden was a microcosm of the contradictions, ambiguities, and structural violence of the imperial system.