Sara Leuner was awarded the GIS Sociability Master’s Thesis Prize for her dissertation entitled “‘The most agreeable of all bad characters’: aesthetic and ideological genealogy of the rake archetype in eighteenth century British literature”, supervized by Frédéric Ogée (LARCA/U Paris Cité).

Aiming to encourage young researchers working on subjects related to European and colonial sociabilities in the long eighteenth century (1650-1850), this prize is open to Master’s students, from European or Canadian universities ˗ partners or not of the GIS Sociabilités or of the DIGITENS European project ˗ in the following disciplinary fields: history, civilisation, literature, art history, philosophy, social sciences, linguistics.

To learn more about the prize: https://www.univ-brest.fr/gis-sociabilites/menu/Prix-de-Master/Laur%C3%A9at+2021

The very term of ‘rake’ conjures up images of hedonism, intrigues, and a constant search for sensual gratification where erotic pursuits take centre stage. As such, the rake might appear as merely another name on the long list of historical and literary seducer-archetypes. But the figure sets itself apart through its highly specific temporal and geographical anchoring.
Indeed, rakish narratives appear to be particularly popular -akin even to a form of ubiquity-in artistic productions spanning from the English Restoration in the mid-17th century to the early decades of the 19th century. This time frame, which numerous historians refer to as the ‘long eighteenth century’, highlights the rake’s British background but also sheds light on the historical disquiet that led to its creation.
Although the rake borrows from multiple earlier models of deceit and licentiousness, this coagulation of tutelar figures could not have happened at any other point in history. I argue that the rake’s emergence during the Restoration stems from concerns specific to eighteenth-century English aristocrats. At a time of political and social instability, in which the reality of a restored-but-diminished monarchy forced the aristocracy to face its own loss of prestige, the rake stands as a reactionary effort to recapture that lost glory. The archetype thus becomes a performative figure of privileged and predatory masculinity, expressed through excesses of various natures and mirroring real-life attitudes.
Going further, my contention is that the rake can be understood as both an illustration and a trigger of the identity crisis that threatened eighteenth-century English masculinity. There is indeed not one universal eighteenth-century rake but rather a lineage of rakish incarnations, each embracing the mutating social, political and aesthetic sensibilities of the period. Thus, while the Restoration playwrights had a lasting impact in the depiction of the rake as a flamboyant but sympathetic figure, subsequent rakish narratives were increasingly seized by authors writing against the rake. They instead championed the 18th-century model of male sociability that challenged aristocratic privileges and advocated for middle-class values of sobriety and politeness, often favouring the nascent format of the novel to do so.
The study of the rake’s genealogy therefore enables an inquiry into the conflicting conceptions of gendered behaviour and social prerogatives throughout the eighteenth century, seen through the lens of literary history.

The official prize giving ceremony will take place via Zoom to allow all jury members to be virtually present – many of them living abroad. The GIS has invited Sara to present her work publicly in 2022. 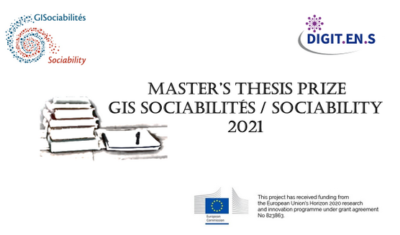