The politics of race and gender in British secondary schools, 1960s-1980s

During the late 1950s and early 1960s British secondary schools (ages 11-16/18) underwent a dramatic transformation known as ‘comprehensivization’; a transition from the post-1945 selective and sex-segregated school system of grammar and secondary modern schools, to a mostly mixed-sex, non-selective network of schools known as comprehensive schools. From the mid 1960s onwards, the impact of immigration to Britain from its former colonies in the Caribbean and South Asia also began to impact Britain’s secondary school population. As a result, many British comprehensive schools by the early 1970s were both co-educational and ‘multicultural’. This paper explores some of the everyday tensions, negotiations, and possibilities arising from this shift, and its wider implications for understanding gendered and racialised identities in late-twentieth century Britain. In particular, I look at how the teaching of history in schools was shaped by the presence of black and Asian pupils in classrooms, and how male and female pupils and teachers negotiated changing gendered roles and relations and the impact of ‘feminisms’ in schools, using school magazines produced by pupils themselves. 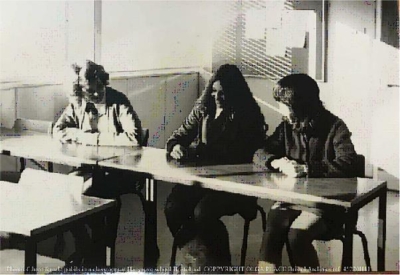