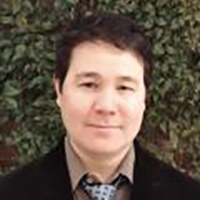 Paul Hurh’s research and teaching is primarily in the field of nineteenth-century American literature.  His work has focused on questions of literary aesthetics, philosophy, and intellectual history.   His book, American Terror: The Feeling of Thinking in Edwards, Poe, and Melville (Stanford 2015), charts the relation between models of Enlightenment method and the development of literary terror as a philosophical affect.  His current projects have taken a cosmological turn, and include studies of Edgar Allan Poe’s astronomical aesthetics, spacetime in Herman Melville, and planetary conceptions of death in Emily Dickinson and Walt Whitman.  His essays have appeared in Nineteenth-Century Literature, Style, and Novel.