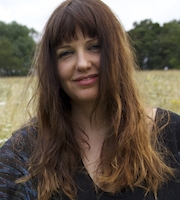 Lily Hibberd is an Australian artist-researcher and LARCA postdoctoral fellow, under the auspices of an Australian Research Council grant project that concerns forms of memorialisation and empowerment for a group of women formerly held in Parramatta Girls Home, a state-run institution for adolescent girls in Sydney. Although this institution closed in 1974, its punitive criminalisation of young girls is publically inconceivable and remains a point of shame for these women. Titled ’Sentient Testimony. Digital media and memories of Parramatta Girls Home’, this project aims to render visible the limits of representation for Australian postcolonial memory, and the link between present-day punitive welfare practices and their disavowal by the state and the public. It delves into the larger problem of state abuse of children in Australian care and detention (and the large-scale forced removal of Aboriginal et non-Aboriginal children) by the Australian government, people now known as ’Forgotten Australians’ and ’Stolen Generations’.
This practice and theoretically based research intends to deepen transversal thinking about Parragirls’ creative and literary productions (writing, performance and visual art). This principally concerns the study of new forms of digital media art, which progress the witnessing and representation of their omitted, traumatic history. As a result, ’Parragirls Past, Present’, was launched this September in the Australian digital media and mental health festival, ’The Big Anxiety: festival of arts+science+people’. This 360-degree immersive cinema project recreates in 3D the abandoned site of Parramatta Girls Home, where forsaken and painful memories are brought to life through the voices of its former residents, the Parragirls.

Lily’s current research is situated at the intersection of the limits of immersive media and VR and how they impact on marginalised women. Her objective is to investigate these contemporary technologies as a new machinery of global power, in order to examine a gap in research into the representational sovereignty of immersive media over the structures of civil society and social justice, and its power to reinforce hegemonic practices of female exclusion in a form of ’digital colonialism’.