According to his correspondence, Eliot appears to have been very eager to have TWL, and later major pieces, translated into foreign languages, building in the process what may be called a translated corpus. That corpus could be appraised along several lines : as a vehicle for and a measure of the diffusion of Modernism in Europe; as an agent that shaped the perception of Modernism in various linguistic and cultural areas; as an influence on cultural productions in vernacular languages; as the outcome of a strategy of self-canonization. An assessment of the translated corpus could raise other issues such as locating and analyzing spatial and literary relations between the multilingual translated corpus and Eliot’s travels, the geographics of his body translation so to speak; assessing what the translated texture of the texts and its discrepancies with the source texts reveal of Eliot, his works and their readers and critics; exploring how the timing of translations and the effects of time affect the translated texts and corpus and their originals in return; searching for poetic and aesthetic filiations, echoes and resonances in the production of Eliot’s readers whether they read him in English and/or in translations. 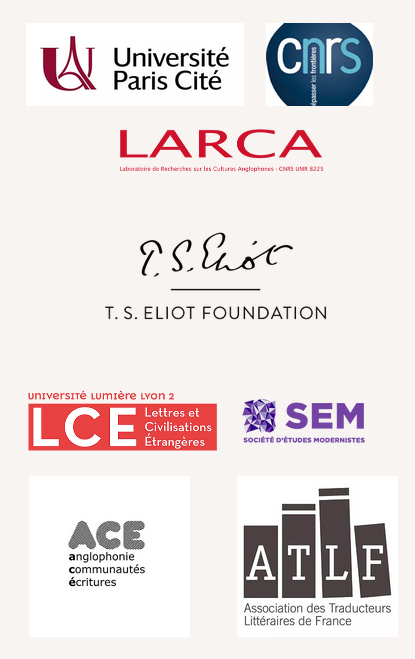