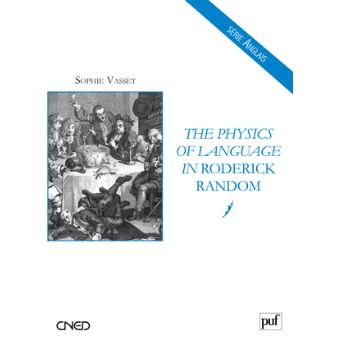 Roderick Random goes from rags to riches in a series of unexpected events. He travels from Scotland to London, becomes a surgeon on board a war ship, takes part in the most violent battles of the 1740s, visits Bath and discovers the London underworlds. He is, thus, constantly in motion.

As he moves from a social level to another, he encounters more than a hundred other funny characters, odd caricatures which compose altogether a scathing satire of Smollett’s contemporary society.

Roderick Random is a provocative novel. It plays with the political, economic and moral ideas of the time, and portrays the abuse of institutional authority.

It overturns classical representations of the body, and explores the general instability of identities.

This book offers an interpretation of the novel in its eighteenth-century context, giving the necessary historical background information to help a twenty-first century reader. It also features a great number of close-readings, scanning the poetics of Smollett’s prose in which language is both a tool and a pleasurable end.

PART I. SOURCES, GENRES AND LITERARY TRADITIONS
I. ‘The following sheets I have modelled on this plan’: Prefaces, Narration and the Picaresque
Spanish picaroons
Gil Blas and the eighteenth-century picaresque
II. Satire
Definitions and modes of satires
Healthy morals or sadistic pleasure?
III. Roderick Random, a novel?
Introduction: contemporary views of the eighteenth-century novel
A hotchpotch of literary genres
“A new species of writing ”: Smollett and Fielding