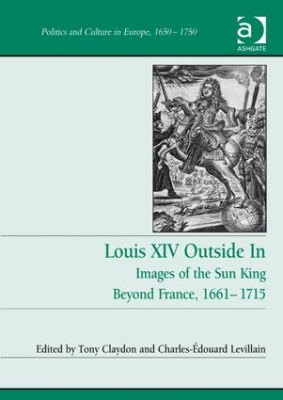 Louis XIV – the ’Sun King’ – casts a long shadow over the history of seventeenth- and eighteenth-century Europe. Yet while he has been the subject of numerous works, much of the scholarship remains firmly rooted within national frameworks and traditions. Thus in France Louis is still chiefly remembered for the splendid baroque culture his reign ushered in, and his political achievements in wielding together a strong centralised French state; whereas in England, the Netherlands and other protestant states, his memory is that of an aggressive military tyrant and persecutor of non-Catholics. In order to try to break free of such parochial strictures, this volume builds upon the approach of scholars such as Ragnhild Hatton who have attempted to situate Louis’ legacy within broader, pan-European context. But where Hatton focused primarily on geo-political themes, Louis XIV Outside In introduces current interests in cultural history, integrating aspects of artistic, literary and musical themes. In particular it examines the formulation and use of images of Louis XIV abroad, concentrating on Louis’ neighbours in north west Europe. This broad geographical coverage demonstrates how images of Louis XIV were moulded by the polemical needs of people far from Versailles, and distorted from any French originals by the particular political and cultural circumstances of diverse nations. Because the French regime’s ability to control the public image of its leader was very limited, the collection highlights how – at least in the sphere of public presentation – his power was frequently denied, subverted, or appropriated to very different purposes, questioning the limits of his absolutism which has also been such a feature of recent work.

« This volume teaches us that history is local (even in an international context) and that each player has a different agenda based on evolving foreign and domestic relations. For this reason, the importance of looking from the « outside in » is more than justified, and the authors deserve much credit in creating a rich volume of texts, one that should accompany studies of Louis XIV, as well as be required reading on the central role of image making by the regimes that governed Europe during the early modern period. »
Annmarie Sawkins, Milwaukee, Wisconsin