Home > The Afterlife of Used Things

Recycling in the Long Eighteenth Century 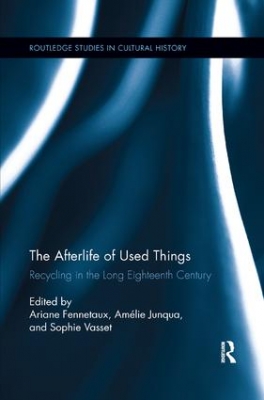 Recycling is not a concept that is usually applied to the eighteenth century. “The environment” may not have existed as a notion then, yet practices of re-use and transformation obviously shaped the early-modern world. Still, this period of booming commerce and exchange was also marked by scarcity and want.

This book reveals the fascinating variety and ingenuity of recycling processes that may be observed in the commerce, crafts, literature, and medicine of the eighteenth century. Recycling is used as a thought-provoking means to revisit subjects such as consumption, the new science, or novel writing, and cast them in a new light where the waste of some becomes the luxury of others, clothes worn to rags are turned into paper and into books, and scientific breakthroughs are carried out in old kitchen pans.