Audiovisual Narratives in Film and Television 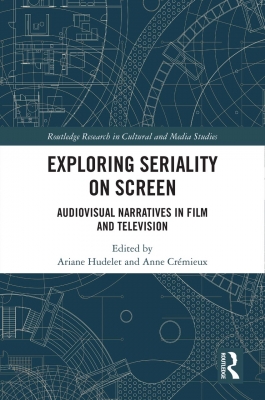 The book historicizes and contextualizes the notion of seriality, combining narratological, aesthetic, industrial, philosophical, and political perspectives, showing how seriality as a paradigm informs media convergence and resides at the core of cinema and television history. By associating theoretical considerations and close readings of specific works, as well as diachronic and synchronic approaches, this volume offers a complex panorama of issues related to seriality including audience engagement, intertextuality and transmediality, cultural legitimacy, authorship, and medium specificity in remakes, adaptations, sequels, and reboots.

Written by a team of international scholars, this book highlights a diversity of methodologies that will be of interest to scholars and doctoral students across disciplinary areas such as media studies, film studies, literature, aesthetics, and cultural studies. It will also interest students attending classes on serial audiovisual narratives and will appeal to fans of the series it addresses, such as Fargo, Twin Peaks, The Hunger Games, Bates Motel, and Sherlock.

Ariane Hudelet is Professor of Visual Culture at Université de Paris (LARCA/CNRS). After working on film adaptation, she has devoted her recent research to contemporary TV dramas, from an aesthetic and cultural perspective, and is co-editor of the online journal TV/Series.

2.1 A Forgotten Episode in the History of Hollywood Cinema, Television and Seriality: The Case of the Mirisch Company (Paul Kerr)

III. SERIALITY AND THE CINEMATIC/TELEVISUAL CONVERGENCE

3.1. The (Re)Making of a Serial Killer: Replaying, “Preplaying” and Rewriting Hitchcock’s Psycho in the Series Bates Motel (Dennis Tredy)

3.3 Screening Dreams: Twin Peaks, from the Series to the Film, back again and beyond (Sarah Hatchuel)

4.3 Subject Positions and Seriality in The Good Wife (Samuel Chambers)